A reverse wet collodion process using a thin metal plate that has been previously coated with silver, invented by Louis Jacques Daguerre in 1837.

Result of years of experimentation when Niepcé produced an image on a treated metal plate. 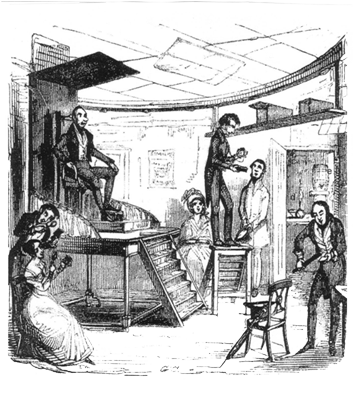 An early daguerreotype studio, as depicted in a woodcut by George Cruikshank in 1842

A daguerreotype studio was often situated at the very top of a building, which had a glass roof to let in as much light as possible.

The subject sat on a posing chair placed on a raised platform, which could be rotated to face the light. The sitter's head is held still by a clamp. 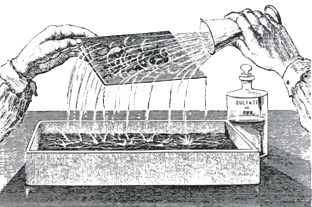