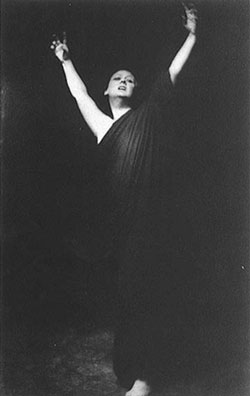 Crucial factors changed the way the photographic image looked and the manner in which photojournalism was practiced.

The invention in Germany of small, lightweight equipment, especially the 35mm roll-film Leica in 1925.

Easy to handle, with a fast lens and rapid film-advancement mechanism. Permitted users to make split-second decisions about exposure and framing.

Imbued the image with a powerful sense of being a slice-of-life excised from a seamless actuality.

Other 35mm cameras appeared in quick succession. Made exposure easy, and with publication deadlines, 35mm film was developed and printed in labs.

Freedom from processing and the sometimes surreal-looking juxtapositions of unlikely elements in the visual field soon appealed to photographers interested in personal expression and photojournalism.

Photojournalism flourished in Europe in the 1920s and 1930s. A host of new illustrated weeklies appeared after 1918. 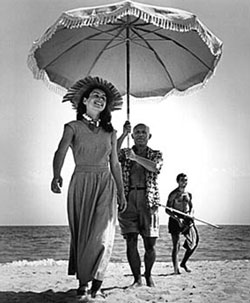 Quest for interesting views and layouts reflected the desire on the part of cosmopolitan readers for picture stories about social activities, movies, sports, and life in foreign lands.

Photographer was expected to shoot sequences that might be cropped, edited and arranged to form a narrative in pictures with only minimum of text.

Role of the picture editor becomes crucial. Agencies became concerned with generating story ideas, making assignments, and collecting fees in addition to maintaining files of pictures from which editors might choose suitable illustrations. 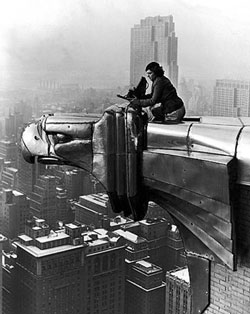 Both amateurs and professionals sought provocative and unusual points of view in order to avoid banal or merely descriptive images.

Erich Salomon, a German lawyer turned photographer began to photograph with available light and the Ermanox ( a sensitive camera). Well-educated and known in political and social circles in Berlin. Insinuated himself into privileged situations such as political meetings, courtrooms, and functions.

Eric Salomon made exposures under ordinary lighting conditions and his subjects usually were unaware of the exact moment of capture.

Artless, but full of surprises, these “candid” pictures were reproduced in pictorial weeklies in Germany.

Conveyed a delicious sense of spying on the forbidden world of the rich and powerful.

Journals published in Germany and Czechoslovakia between 1925 and 1932 were exceptional because of photoreportage and featured montages by John Heartfield (combined Dadaist sensibility with left-wing ideology).

Adaptability of montage in particular led Soviet artists to consider it “a direct and successful way of achieving the mammoth task of re-educating, informing, and persuading people.”

Intended to construct a fresh vision of reality through rearranging reproductions of that very reality.

Combinations of words and images became a significant force in the graphic arts of other Eastern European nations. 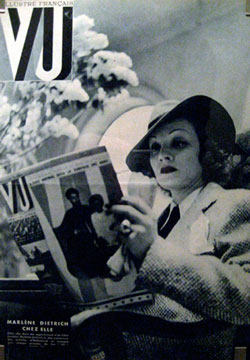 In Paris, Vu magazine was introducing art that was “at once a form of expression and a means of action.” Included decorative, poetic or humorous elements for photographs.

Political events in Germany during the 1930s aided the spread of new journalism and popularized the 35mm camera as an expressive instrument.

Illustrated magazines were converted in to propaganda arms of the Nazi regime. Many editors and photographers fled Germany carrying their equipment beyond France to England and when the second World War engulfed Europe, to the United States.

Salomon was one of the few well-known photojournalists to have been trapped by the Nazis, arrested for being Jewish and sent to his death in Auschwitz in 1944.

Picture journalism in England during the early 1930s reflected a variety of influences as photographers drew upon the styles associated with Russian Constructivism and the New Objectivity.

Competition with cinema newsreels prompted British journals such as The Listener and Weekly Illustrated to give greater consideration to lively formats and compelling images that suggest complexity of contemporary events.

Publication of Picture Post in Germany in 1938, transformed German photojournalistic experience in an acceptably British product.

In the US in the 1930s, Life Magazine, which had evolved from ideas and experiences tested in Europe, came to represent a paradigm of photojournalism.

Drew upon many sources and debuted in 1936. Margaret Bourke-White was on first cover with Fort Peck Dam.

First ten years of Life coincided with series of conflicts in Africa, Asia, and Europe which eventually turned into the second World War.

For the first time, worldwide audiences were provided a front-row seat to observe global conflicts. 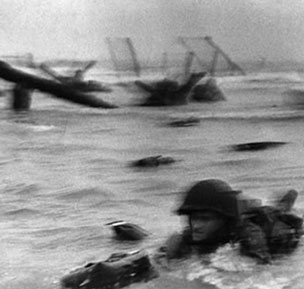 Photographs influenced by the precise character of the New Objectivity and by the spontaneity facilitated by the small camera.

Capa said “if your pictures aren’t good enough you’re not close enough.” Photographed invasion of Normandy on D-Day for life.