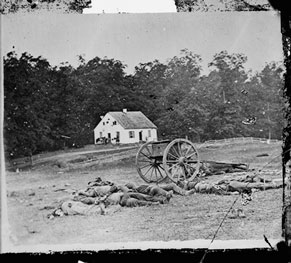 Photograph of Dunker Church at Antietam shot by Alexander Gardner

Invented by Frederick Scott Archer, an English engraver and sculptor, a process whereby a plate is coated with sensitized collodion and exposed to light while in a moist state. This decreased the exposure time dramatically (1 sec – 5 min), but required a portable darkroom for sensitizing plates on location. 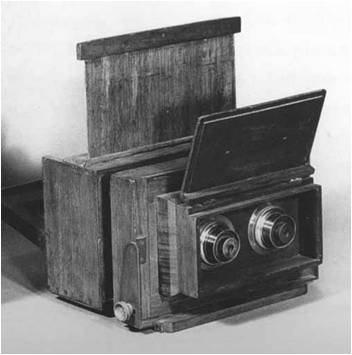 Glass negative yielded predictable results in less time. Together with the albumen print, retained sharpness because printing paper was coated with an emulsion.

1845, First Panoramics were taken as embracing reality. Panoramic cameras used in an arc that rotated 120°. Resorted to replication through engraving, aquatints, and lithographs. 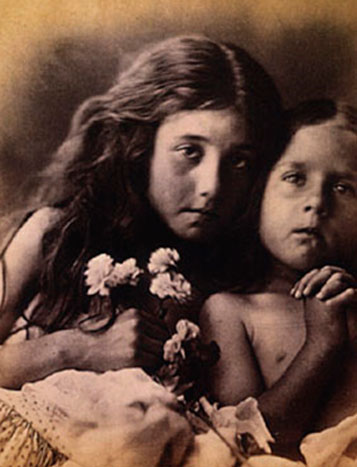 In view of steadily encroaching urbanization, landscapes suggest a public nostalgia for virgin nature. Stereoviews were used to illustrate scientific and travel books. Led to The Stereoscopic Magazine.

Landscape photography developed in other countries in response to tourism as affluent British and German travelers searched for untamed nature. Others recognized value of westward expansion and found photography to be the ideal tool to enshrine ideas of “manifest destiny.” 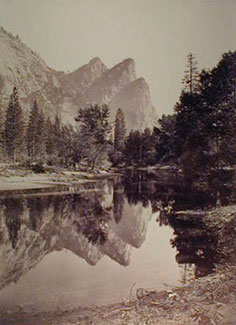 Edweard Muybridge and Carleton Watkins produced views of Yosemite in 1868 and 1872. Enshrined the wilderness landscape as emblematic of the American dream of unsullied nature. Muybridge selected unusual viewpoints and disposition of figures in the landscape. Sometimes printed in clouds from separate negatives to satisfy critics.