Helen Levitt’s lyrical views of youngsters, began in the 1940s in black and white and continued through the 1970s in color. 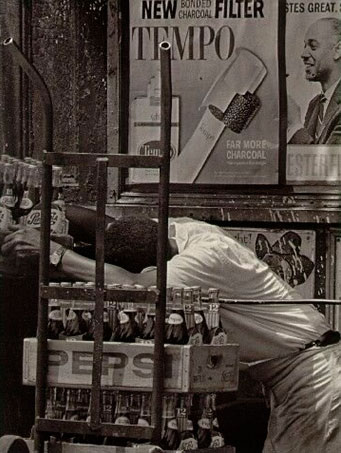 Illuminated the toughness, grace and humor of those growing up in New York’s inner-city neighborhoods.
DeCarava incorporates components of the vernacular style-consumer products, billboards, ads-but the highly structured handling of light and architecture elements focuses attention on the physical and psychological exhaustion of the central figure, leaving no doubts as to where the photographer’s sympathies lie.

Liebling’s grasp of abstract form is apparent, but these elements also generate a sense of the circumscribed world of the sightless. A somewhat cooler romantic sensitivity can be seen in the work of George A Tice. 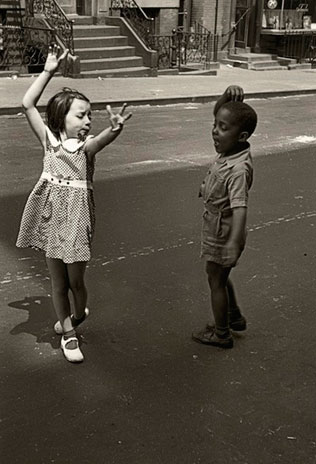 Careful control of tonality and pictorial structure imbues with a sense of wistfulness the customs and physical surroundings of the Amish in Pennsylvania and ordinary in New Jersey. In the 1960s, despite the inroads of film and television, the still image was seen as significant in socially useful programs.

Gave way from:
Funding sources both in and out of government.
Support from national and state endowments.
Private granting bodies such as Guggenheim. 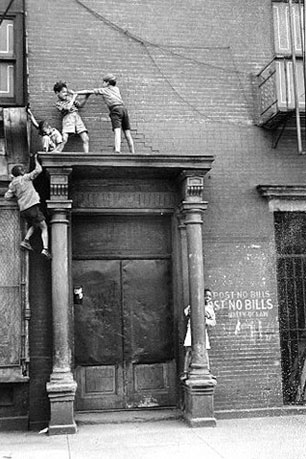 Economic assistance programs and labor unions made possible individual and group documentation of decaying and regenerated neighborhoods, rural communities, nuclear and other power installations. Upsurge of social documentation was linked to involvement of photojournalists in increasingly volatile sociopolitical situations in America, Africa and Europe.

Bob Adelman, Bruce Davidson, Leonard Freed, Danny Lyon, and Mary Ellen Mark covered civil rights movement of the 1960s. Continued on their own to confront social issues. The desire to illuminate the psychological consequences of inhumane circumstances has inspired many photographers to depict squalor of certain environments and moments that sum up the effect of life’s experiences on the individual.

Roland Freeman began to use a camera while working for the Poor People’s Campaign in Washington D.C. and went on to produce a touching visual documentation of the Baltimore neighborhood of his youth. 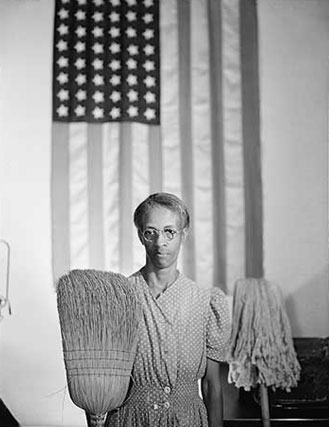 Native and Latin Americans regarded their portrayal by others as often insensitive or distorted.
Postmodern strategies such as addition of text to images appeal to a number of photographers from these groups. Pamela Shields and Hulleah Tsinhnahjinnie turned to collage to tell complex stories about Native Americans.

Greg Staats, Lee Marmon, and Maggie Steber in the 1970s provided a sympathetic view of ceremonies, rituals, and modes of living with which few outsiders are familiar. 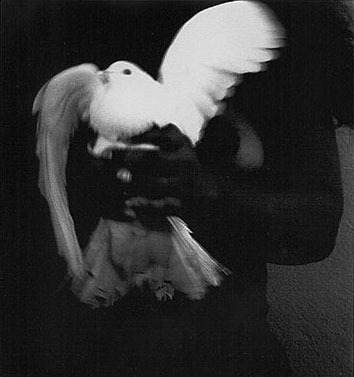 Photographers commissioned by labor unions and government agencies continued the tradition of social documentation in the 1960s and 1970s. Hundreds of photographs of mine disasters have been made, such as Earl Dotter.

Gradual decline of labor and arts agency sponsorship and reduction of magazines commissioning picture stories has forced photographers interested in social issues to seek other means of supporting their work.

Photographers during the 1980s faced other challenges. One was the observation that photographing the poor was a form of exploitation. Another was that street photography in inner-city areas had become dangerous.

1970s brought a more tolerant attitude towards drugs and sex among young people in the US. Larry Clark investigated areas previously considered off-limits. Sought to reveal the illusions and actualities of relationships by documenting physical and psychological pairings. 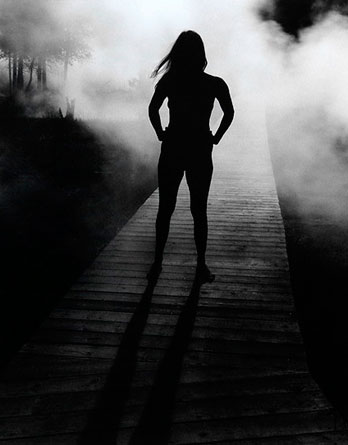 Relaxation of restrictive notions of sexual imagery coincided with the emergence of significant feminist and gay rights movements. Sought to raise consciousness of gender roles in society.

Anne Noggle depicted herself after cosmetic surgery and as she aged.

Judy Dater photographer her own body in the nude as well as making portraits of other women as they wished presented. 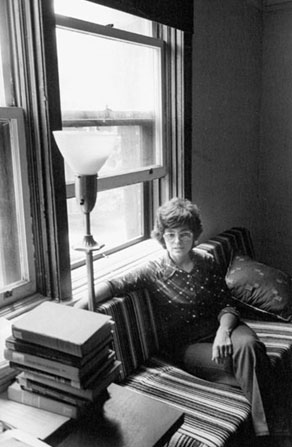 During the 1970s and 1980s, photographers in Argentina, Brazil, Cuba, Guatemala, Mexico, Panama, Peru and Venezuela were most interested in exploring the effects of rapid social and economic change on traditions of their societies. The strength of humanist tradition is exemplified by the Panamanian photographer Sandra Eleta.

Spirited images of ordinary working people infused with grace and transcend the moment to convey the vibrancy of intimate relationships. 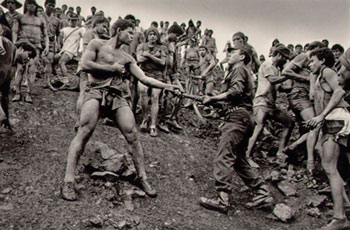 Sebastiao Salgado born in Brazil, gained international recognition for ongoing revelatory images of work and workers throughout the world.

By the late 1980s, photography in Brazil had expanded to include images by Mario Cravo Neto, Miquel Rio Branco, and Ana Regina Nogueira for personal expression as well as for documentation or advertising.

Although the predominant interest throughout much of Latin America was centered on the human condition, notable landscapes, still lifes, and architectural views have also been made by Christian Alckmin and Jose Gimeno Casals.