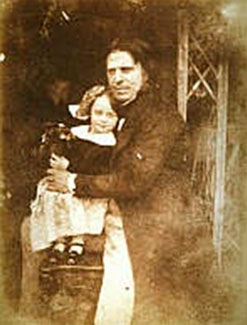 How to fit the mechanical medium into traditional schemes of artistic expression. Outright Objection or Qualified Acceptance.

Three main positions about the potential of camera art.

Some believe that the Daguerreotype signaled the end of painting. Many portrait painters became involved with daguerreotyping or paper photography. Photos used by some to create records of output, even ideas for poses and backgrounds. 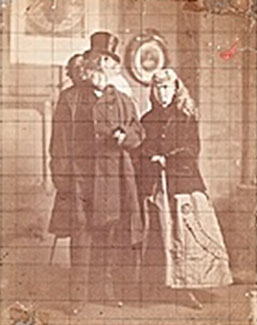 By studying photographs, true artists would be relieved of menial tasks and become free to devote themselves to more important spiritual aspects. Eliminated long sits for live models. Paint and draw from photographs.

According to poet Baudelaire, lazy and un-endowed painters would become photographers. Believed that photography was a servant of art, but at the same time was unable to transcend “external reality”.

Photography linked with “the great industrial madness of the time”. Partisans of aesthetic photographs began to form groups whose sole purpose was to promote camera art. The Secession movement led to the formation of Wiener Kamera Klub in 1891, the Linked Ring in 1892, the Photo-Club de Paris in 1894, and the Photo-Secession in New York in 1902.

Amateur photographic societies in Germany, Italy, Russia, and smaller cities of the US made forums available about aesthetic concepts and procedures. Exhibiting aesthetic photographs in an appropriate context was a paramount goal of the movement. 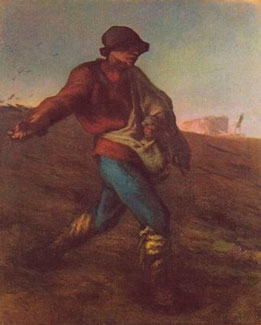 Question of Art or Document was aroused in England. Robert Hunt emphasized process rather than aesthetics. “Nature in her rudest forms is more beautiful than any human production,”. Relationship of truth and reality to beauty. Camera has truth and reality, not beauty.

Lady Eastlake described “beauty a result of refinement, taste, spirituality, genius or intellect. qualities not found in minutely detailed super-realistic visual descriptions made by machine”. Directed to collodion-albumen technology and exempted the calotype from condemnation. Refinement of sentiment was an artistic necessity. Photography should not compete with art. 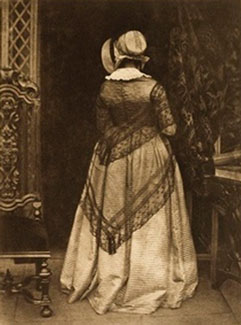 Opposition of section of cultural elite in England and France. Dismissed photography as a “cheapening of art”, due to growing acceptance and purchase of camera pictures by middle class.

Collodion made photographic images common in shop windows of commercial districts and available as portraits, landscapes and photographic reproductions of art.

John Ruskin, most eminent figure in English and American art at mid-century, initially welcomed photography as the only 19th century mechanical invention of value, then reversed opinion completely and denounced it as trivial. Made and collected daguerreotypes and paper prints or architecture and landscapes.

Societies and publications were founded in England, France, Germany, Italy and the USA to advance mediums claim as art. Devoted space to include review of exhibitions of paintings and photography. 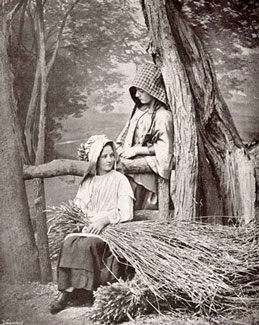 Rejlander, Antoine Claudet, Disderi, Henry Peach Robinson published articles to professional journals. Attempted to analyze aesthetic similarities and differences between graphic works and photographs to decide whether or not photography was an art.

Should photography be hung in the Fine Arts or Industrial Section of the forthcoming International Exposition. Final question of whether or not photography was capable of artistic expression.

“The lens is an instrument like the pencil and the brush, and photography is a process like engraving and drawing,”.

French painters known as the Barbizon group concerned themselves with the depiction of mundane reality and accepted photography more generously than Salon painters. Had a scientific interest in light and accurate depiction of tonal values. Collected calotypes and albumen prints for the times when a painter desires to imitate nature. Nothing better than to consult the “exacting mirror” of a photograph. 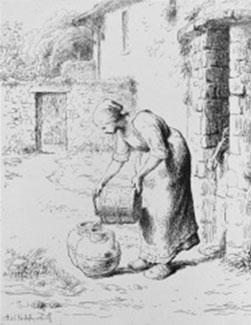 Created cliché verre, a hybrid drawing on collodion glass plate- part drawing, part photographic print. Used as a sketching technique or to yield more of a finely detailed print. In England, used as a primary method of reproduction called electrography.

Artists using photographs as basis for drawings usually did not obtain permission or give credit to photographers. Edouard Baludus and Charles Negre aspired to infuse photographic documentation with aesthetic character. Believed that cameras were capable of expression. 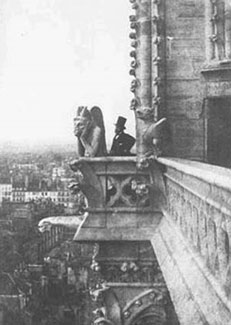 Charles Negre was an established painter who became interested in photography for its expressive and technical capabilities. Regularly exhibited under the Paris Salon.

Experimented with daguerreotyping and calotypes. Portrayed beggars, shepherds, peasants, and the working-class poor. Shaded detail by careful manipulation of shade and light with pencil. Invented combination of fast lenses to capture aspects of passing life.

Rejlander and Robinson emulated conventional subject matter of paintings and manipulated photos to produce picturesque images. Exhibitions encountered problems of classification when calotypes were displayed as lithographs, and removed to be placed in the science section. Indecisions on the part of selection committees continued for the remainder of the century.

Photography and the Nude 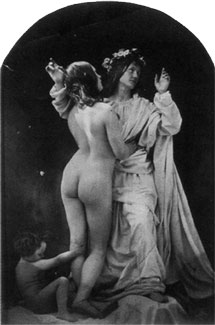 Several studios raided as a result of court findings in Britain and United States that nudes were obscene. Nudes made for artists, personal expression, and titillating commercial.

To overcome the sharp definition decried by some as being too literal for art, photographers were urged to use slower collodion or inferior optical elements, or to smear the lens to blur the print during processing.

“Effect” in France became known as a treatment to suppress excess detail. Still life made possible to study the effects of light on form. Close-up studies of leaves, blossoms and foliage highly praised for intrinsic artistry and usefulness. “facilitated the study of nature”.

“Effect” in France became known as a treatment to suppress excess detail. Still life made possible to study the effects of light on form. Close-up studies of leaves, blossoms and foliage highly praised for intrinsic artistry and usefulness. “facilitated the study of nature”. 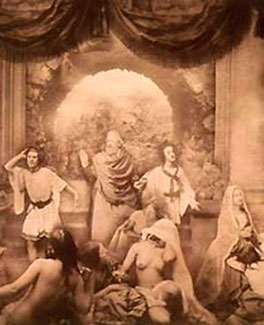 Eruption of storytelling imagery characterized English photos during collodion era. Photographers convinced that visual art should uplift and instruct, reenacted narratives synthesized in the darkroom. Chose agreeable models and controlled the narrative content of the work.

Reijlander and Two Ways of Life. Formed from 30 + negatives. Represents allegory of the choice between good and evil.

Meant to compete thematically and stylistically with paintings and photographs entered into Manchester Art Treasures Exhibition of 1857. Seal of approval from Queen Victoria and Prince Albert. Works of high art should not be executed by mechanical contrivances.

Henry Peach Robinson, painter turned photographer, adopted combination printing. Worked out preliminary sketches into which photographic parts were fitted into a puzzle or pattern. Fading Away praised for exquisite sentiment. Made from 5 different negatives. 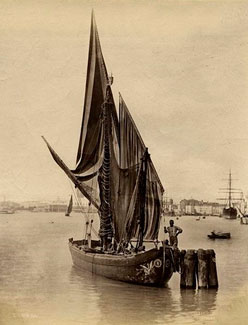 Precepts that photographic art should deal with suitable themes, that the image be judiciously composed and sharply defined dominated theoretical ideas of generation of amateur photographers from England.

Julia Margaret Cameron drew upon an extensive knowledge of the Bible and English literature for her themes. Purposeful out-of-focus technique was said to be inexcusable by Robinson. Cameron used the same props, draperies, and models time and again. Believed that light can mystify and illuminate.

Picturesque images were made in Italy for the tourist trade rather than high art. Contrived reenactments of what you might see in an Italian city. Staged and unstaged images of peasant and street life pointed out simple pleasures. Alinari brothers in Florence and Carlo Naya in Venice. 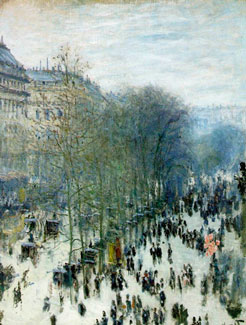 Interest in flux of urban life subject for painters and photographers. Impressionists captured the moving forms of people and traffic in streets and parks. Preferred high horizons and blurred figures similar to stereographs of city streets.

Impressionists like Claude Monet broke with tradition in their preference for accidental-looking arrangements of figures that appear to be sliced through by the edges of the canvas in the manner of the photographic plate.