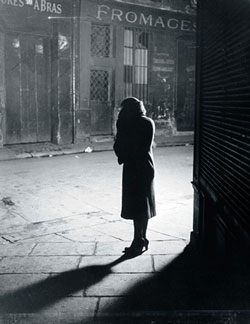 The small camera was initially devoted to conveying fact and psychological nuance in news events.

Began to appeal to European photographers as an instrument of perceptive personal expression.

Cartier-Bresson approached photography with intellectual and artistic attitudes summed up in his concept of the “decisive moment.”

Way of working requires an interrelationship of eye, body, and mind that intuitively recognizes the moment when formal and psychological elements within the visual field take on enriched meaning.

“Photography is the simultaneous recognition of significance of form.”

Brassai, former painting student transplanted from Hungary to Paris in 1923. Mesmerized by city at night and on Kertesz suggestion, began to use a camera to capture nocturnal life at bars, brothels, and on the streets.

Display a sensitive handling of light and atmosphere, and reveal keen sense for the moment when gesture and expression add a poignant dimension to the scene.

Weegee published photographs in 1936 of everyday life- and of violence and death-with uncommon feeling and wit.

Many photographers including Brandt, Brassai, and Bresson refused to consider their photographs as aesthetic objects despite aesthetic judgments. 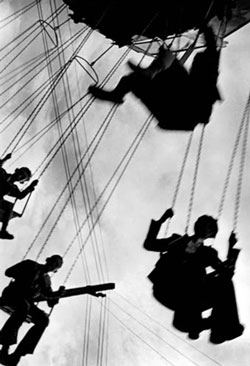 These photographers challenged old ideas promoted by Paul Strand and Edward Weston, that the single print constituted the paramount standard in expression.

Publishers on both sides of the Atlantic and in Japan during the 1930s and 1940s used gravure, offset lithography, and halftone plates to reproduce photographs.

Illustrated with images and text similar to picture magazines.

Earlier works such as The World is Beautiful in 1928 by Patzsch utilized photographs to point the reader toward concordances of form in nature and industry.

Whereas, The Decisive Moment in 1952 refers to the intervention of the photographer’s hand and eye to reveal what Bresson called “a rhythm in the world of real things.”

The commercial success of The Decisive Moment indicated to publishers that photographic images were marketable.

Encouraged a large literature on and about the medium from 1960s and on.