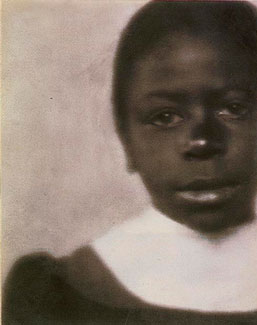 American photographs shown at the London Salon in 1899 were singled out for “virtues” of “concentration, strength, massing of light and shade and breadth of effect.”

Unlike European counterparts (men of means or in the arts). Americans of both sexes, active in commercial photography, arts, business, and housewives joined photographic societies. Gave a varied and democratic cast.

Female portraitist Gertrude Kasebier was praised for having done more for artistic portraiture than any other of her time. Women among early professional photojournalists. Photography offered female participants an opportunity for self-expression denied them in the traditional visual arts. 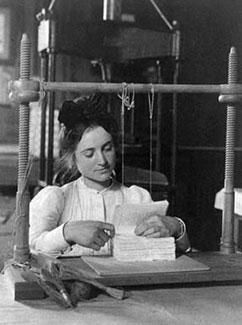 Frances Johnston was a freelance magazine photographer and joined the Photo-Secession. Collected and took abroad 142 works by 28 women photographers for exhibition in France and Russia. Attitudes toward manipulation of prints that made photographs look like works of graphic art differed from Europe.

Photographers in the US chose to embrace the mechanical origin of camera images. Favored direct printing without hand intervention. Toward 1900, Japanese art became a potent influence reaching both graphic artists and photographers in the US. Emphasized subtle gradation of tones and simplicty of composition. Drew nourishment from earlier tradition of landscape imagery and Naturalistic concepts of Emerson.

Endeavored to achieve “unity of style and harmony of effect.” Robert Redfield, Henry Troth and Woodbridge. Not considered first-rate by mentors of Pictorialism because they tended to cling to outdated attitudes regarding theme and treatment. Buffalo Camera Club displayed reverential attitude toward nature. 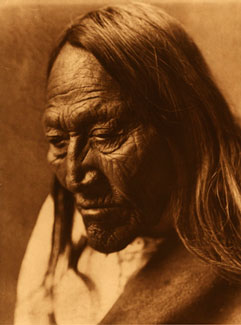 Asserted the need for “harmonious composition and well-managed lights and shadows”. Idealization was the keynote of the extensive pictorial document of American Indian life undertaken in 1899 by Edward Curtis.

Funded in part by JP Morgan, portrayed picturesque individuals with appealing costumes. The Vanishing Race appealed to Americans who had begun to regard Native Americans as an “exotic spectacle” to be promoted as a tourist activity.

The Photo-Secession was organized by Alfred Stieglitz to compel “the serious recognition of photography as an additional medium of pictorial expression.” Grew out of works selected and sent abroad in 1900 by Day and Stieglitz. Both were eager to demonstrate high quality of aesthetic photography in the US.

Photo-Secession well received in London and Paris. Most active in New York City, where Stieglitz served as editor of its publication, Camera Work. A small group that included Coburn, Paul Haviland, Steichen, and Karl Struss undertook to portray the city rather than just landscapes, figure studies, and portraits. Found their subjects in bridges, skyscrapers, and construction sites regarded as affirmations of vitality of urban life. 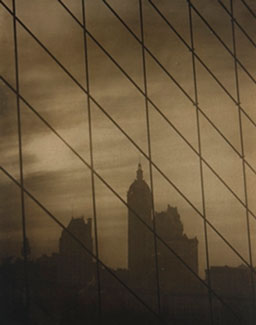 Brooklyn Bridge - Considered these metaphors for the conquest of nature by human intelligence. Regarded the camera as the only instrument, and photography the only medium, capable of encapsulating the constantly changing grandeur of the modern city.

American Pictorialist movement expired during the second decade of the 20th century despite efforts. Photo-Secession set out to show other visual art along with photographs at its gallery, but camera images began to play a less important role. This was largely a result of Stieglitz’s conviction that little creative work was being produced in photography.

Shift of sensibility to candid shots became evident with display of Paul Strand for the final issue of Camera Work. Also, in Europe, most of the aesthetic movement was abruptly terminated by the first World War. 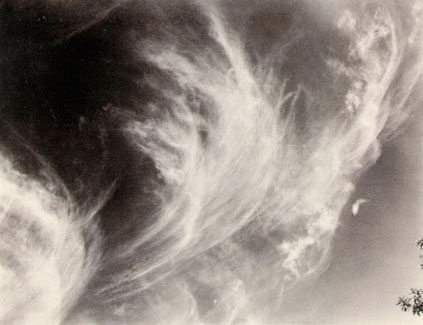 Promoted the recognition of photography as a means of artistic expression. Editor of several journals in early 1900’s.

In the early 1920’s, undertook what he called Equivalents – images of clouds and sky made to demonstrate that form in visual art conveys emotional and psychological meaning.

Campaigned for the recognition of the photograph as an art object. 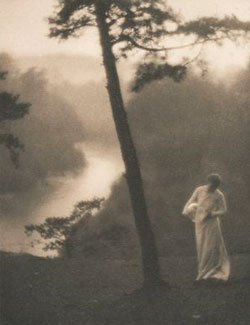 Spring Morning, by Clarence White in 1905.

Clarence White considered the archetypal Pictorialist photographer of the US.

Rose from a background of hard work to create images of unusual artistic sensitivity and sweet compassion.

Revealed a perceptive appreciation of the special qualities of domesticity and feminine activities.

Joined with Day, Kasebier, and Stieglitz in organizing the major American exhibitions of Pictorial photography.