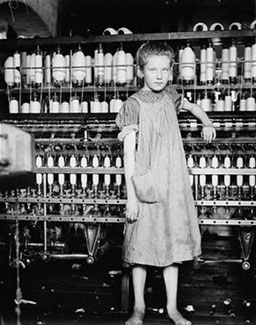 Describes works in which social themes and social goals. Refers to any photograph whose primary purpose is the truthful depiction of reality. Before 1880, all unposed and unmanipulated images were considered documentation.

Documentary not defined as such until the 1930s when American photography historian Beaumont Newhall. Said documentary images involved imagination and art in that they imbue fact with feeling. Combined lucid pictorial organization with an often passionate commitment to humanistic values-ideals of dignity, the right to decent conditions of living and work, to truthfulness.

Development of social documentary is closely tied to advances in printing technology and the growth of the popular press. Movement would be unthinkable without capability of halftone process printing plate to transmute silver image into ink print. 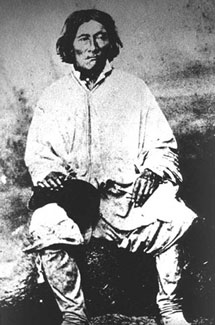 Similar images of working people in cultures outside of western Europe and the US served mainly as souvenirs. Humphrey Lloyd Hime, Jack Hillers, William Henry Jackson, and Timothy O’Sullivan depict native races with a sober directness unleavened by the least sense of the picturesque.

Towards the close of the 19th century, interest in social customs led some photographers to capture on glass plate and film indigenous peoples and folk customs that were in danger of extinction.

Sir Benjamin Stone hoped that recording ancient customs would provide future generations with an understanding of British cultural and social history. Such images tend toward nostalgia in that they romanticize handwork and folk mannerisms while seldom suggesting the difficulties and boredom of provincial life.

Photographers like Edward Curtis, Karl Moon and Robert Flaherty played up the positive aspects of tribal life, and sense of community and oneness of the individual Native American with nature.

Themes signaled mounting concern among elements of the middle class for social and ethical consequences of rampant industrialization-social change. Photographs embodied a commitment to humanistic ideals. August Sander sought to create an honest document of an age through portraits.

Two Ways of Life can be seen as an attempt to deal with the moral and ethical implications of labor in a society in which the working class faces a choice between virtuous hard work or sinful ease.

The “before” and “after” image became a staple of social documentation. Mining became a subject of special appeal to artists, writers, and photographers in early 20th century. Perceived the mineworker as one who mixed individualism and fearlessness. 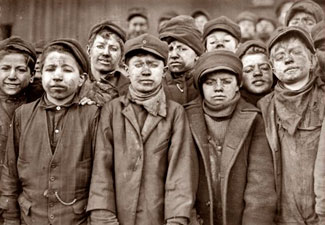 Lewis Hine, early partisan of social documentation, explained its goals when he declared that light was required to illuminate the dark areas of social existence. Photographs meant as part of campaigns to improve social conditions were presented as groups of images rather than individually.

Images might be seen as aspects of the growing interest in problems of work and social existence on the part of Western artists and intellectuals.