Photographers found that they could express social and psychological attitudes and explore aesthetic ideas though a variety of visual initiatives.

Included making use of actual reflections, unusual angles, and close-ups. Saved still photography from itself.

Reflections now offered a means to explore the expressive possibilities of industrially produced refractive surfaces such as plate glass and polished metals.

Distorted reflections provided a device that might serve to mimic the formal experiments of the Cubist painters as well as to express disturbing personal or social realities. 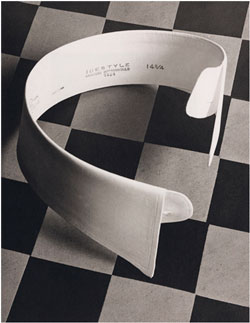 Influence of “isms” of art culture are visible in the work of virtually all photographers of the new vision, but while most regarded these concepts as allowing them the freedom to fragment and restructure reality, some individuals actually included in their photographs the typical geometric furnishings of Constructivist and Cubist painters.

Fresh points of view, unhackneyed themes, geometry, and sharp definition were heralded by Coburn, observed that photographers “need throw off the shackles of conventional expression.” 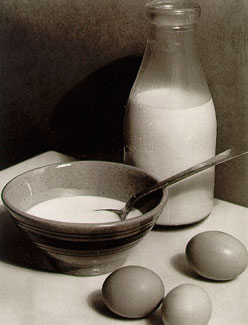 About 1916, Strand created a series of near-abstractions using ordinary household objects. Images concentrated on form, movement and tonality rather than on naturalistic depiction or atmospheric lighting.

Strands utilization of unconventional angles and his high regard for pictorial structure can be seen in downward views of New York streets and close-ups of anonymous street people and of machine and organic forms. No Americans besides Coburn and Strand went quite so far in experimenting with abstraction before the twenties.

But several others including Stieglitz, Karl Struss, Charles Sheeler, Moron Schamberg, Steichen, and Paul Lewis Anderson showed themselves exceptionally sensitive to geometric elements as they appeared in reality and to formal structure in their images. 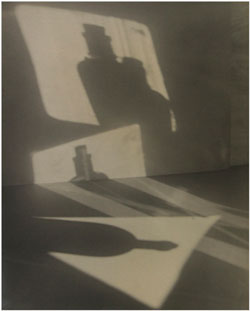 Mundane scenes and ordinary objects could be revealed in a fresh light made the unconventional vantage point a favorite of those associated with Constructivism and the Bauhaus –dedicated to viewing everyday society in new ways. Visual field is transformed into a relatively flat pattern-one that retains just enough suggestion of depth and texture to be ambiguous. Abstract orchestration of tonality can produce a work that is spatially baffling but visually authoritative.

Jan Lauschman, photochemist by profession, one of the first in Czech to conclude that photography should be an independent branch of art. Straight printing was more relevant to modern concerns than the hand-manipulated gum printing techniques that lingered in Eastern Europe until the 1930s.