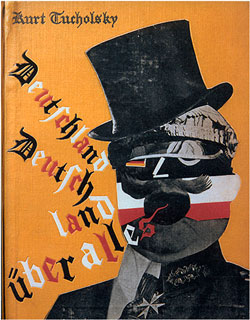 Germany, Germany above all. Kurt Tucholsky.

Europe experimented with collage and montage. Collage describes a recombination of already existing visual materials effected by pasting them together on a non-sensitized support, and possibly re-photographed.

Montage refers to the combining of camera images on film or photographic paper in the darkroom.

Creation of new visual entity from existing materials appealed to avant-garde artists in part because it was a technique employed by naïve persons to create pictures-a folkcraft, so-to-speak-and in part because it used mass-produced images and therefore did not carry the aura of an elitist activity.

These artists also felt that the juxtaposition of unlikely materials might serve to arouse feelings in the spectator that conventional photographic views no longer had the power to evoke.

Constructivists from Russia regarded the visual arts as a means to serve revolutionary ideals and embodied social and political messages in an unhackneyed way. Used techniques to control texture, form, and tonality to achieve nuanced formal effects. 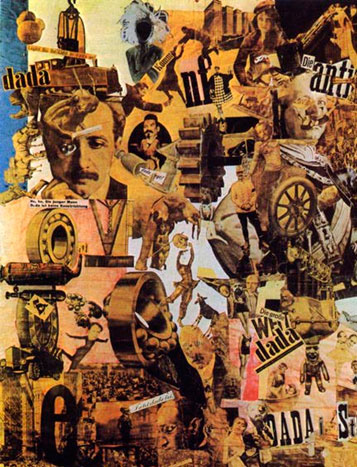 Montage seemed to reflect the chaos of war and revolution. Photographers in Italy found montage a versatile technique with which to express “spiritual dynamism,”-the term they used to describe their interest in urbanism, energy, and movement.

After World War I, Italian modernists, among them Vincio Paladini and Wanda Wulz, continued in this vein, combining printed and pasted materials in two and three dimensions with multiple exposures.

Montage found favor in the Soviet Union during the 1920’s as an instrument for revealing what was termed “documentary truth.” 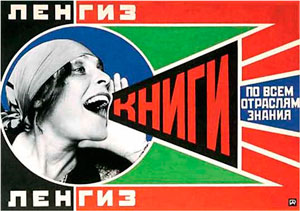 Instead of relying on conventional time-consuming modes of graphic representation, Constructivists, notably Lissitzky and Rodchenko sought to awaken working-class viewers to the meaning of contemporary socialist existence by utilizing photographs and text in visual messages.

Montage and images taken extremely close to the subject from unusual angles were called “deformation” of the photograph.

Toward the end of the 1920’s, true photographic montage on light-sensitive materials rather than by cutting and pasting became more commonplace and was combined with other darkroom manipulations such as solarization.

Owing to its flexibility, montage could be structured to serve different stylistic and thematic ends-personal as well as political. Examples include Anton Stankowski, Karel Teige, Alice Lex-Nerlinger and Man Ray.