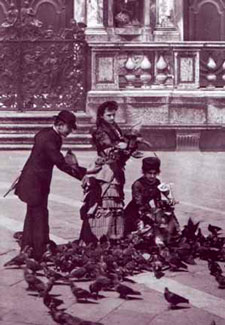 Appeal of spontaneous and informal continued unabated during the last decade of the 19th century. Emerging polarity between documentary images – assumed to be entirely artless – and artistic photographs conceived by their makers to embody aesthetic ideas and feelings.

Propriety or ownership raised as individuals and groups of amateurs began to photograph unwitting people in the streets and at play. Stieglitz opposed the hand camera, but then later regarded it as an important means of evoking the character of contemporary life. 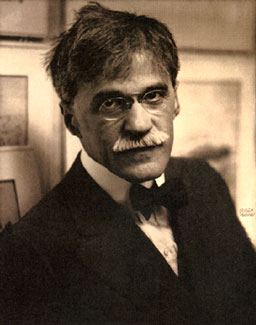 Stieglitz suggested that when using the hand camera, study the surroundings and “await for the moment when everything is in balance.” Later became known as “decisive moment”, used by Henri Cartier-Bresson.

Countless photographers began documenting aspects of life around them using large-plate view cameras to penetrate beyond surface appearance. Encouragement for women to consider photography a serious avocation and profession.

Did not require training in male-dominated academies, long periods of apprenticeship, or large commitments of time to practice. Camera provided a means to overcome psychological and social barriers.

Post card format appeared in 1863 in Europe and shortly after in the US. But, not until postal regulations, hand cameras, and special printing papers did the picture card become immensely popular with Americans.

In absence of telephones, glossy picture magazines, and television, the postcard became a way to keep in touch, educate and entertain.

Sponsored gallery spaces for display of aesthetic photography. Little Galleries of the Photo Secession in New York. Attempted to interest galleries, museums, and fine arts academies in displaying camera images either alone or in conjunction with graphic art. Urged that photographers be represented on the juries of selection for photographic shows. Separate imaginative and tasteful from uninspired works. 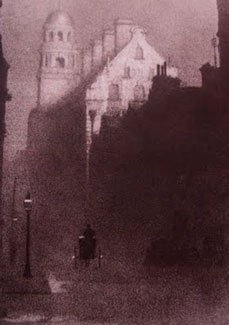 From 1893 and continuing into the 20th century, prestigious institutions began to exhibit camera images. Royal Academy in Berlin, Hamburg Kunsthalle, and the Albright, Carnegie, and Corcoran galleries in the US.

Exhibition devoted entirely to artistic photography held in 1891 under the auspices of the Club de Amateur-Photographien of Vienna. Model for annual exhibitions and Salons started in London and Hamburg, Paris, & Brussels.

Camera Work launched in New York in 1903 by members of the Photo-Secession. Sadakichi Hartmann eulogized “as the first art critic who realized the possibility of photography being developed into a fine art. Hartmann placed some 500 articles on artistic photography in a variety of American and European journals.

Around 1900, full-length works conceived in the tradition of earlier tracts on photographic art by Emerson and Henry Peach Robinson formulated theoretical arguments for aesthetic photography.

Attempted to convince the cultivated viewer that since the same expressive concerns animated all artists no matter what medium they used, the same criteria should be applied to images made by camera and by hand. 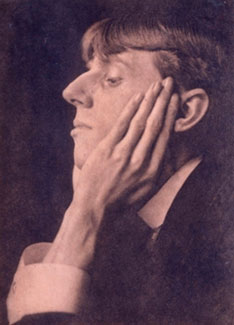 Established relationships with Pictorialist photographers in other countries. Honored with invitations to become “Links” and to submit work to the yearly exhibitions at the annual Salon of Pictorial Photography, known as the London Salon.

British members inspired primarily by landscape. Somber moods combined with rural subject matter of Naturalistic photography with an impressionistic treatment that makes all substances--fields, buildings, sky, and clouds--appear to be made of the same stuff exceptionally influential.

Several members of the Ring favored straight printing and chose to evoke poetic feelings through means other than manipulation of printing materials. 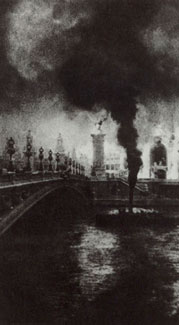 Members included Demachy, LeBegue, and EJ Puyo who were all ardent enthusiasts of handwork. Collaborated on a manual of artistic processes in photography in 1906. Puyo designed and used special lenses to create impressionist effects.

Condoned extensive manipulation as a way of vanquishing “automatism”-the sense that the image was produced by a machine without feeling. Portraiture was one of the first motifs to be affected by the new sensibility. Inspired by David Octavius Hill and Robert Adamson. Exhibited in Hamburg International Exhibition in 1899 and Dresden in 1904.

Strong interest in photography as self-expression led to the formation of amateur Pictorialist societies in the major cities Czechoslovokia, Romania, Hungary and Poland. Provided an opportunity for the exhibition and reproduction of works of important Pictorialists including Demachy, Kuehn, and Steichen. 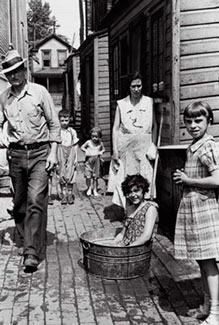 Scene in the alley on the east side of town. Ambridge, July 1938. Arthur Rothstein.

Motive force was the “invisible nature” of the economic and social catastrophe known as the Great Depression. Period characterized by high unemployment, labor unrest, and agricultural disaster caused by persistent drought and misuse of the land.

Photography project was realized out of the New Deal. Visual documentation of calamities of drought and economic depression to justify Federal expenditures. Revived a taste for realistic representation in the visual arts.

Project of photographers later became known as the Farm Security Administration, FSA. Included Roy Stryker, Ben Shahn, Dorothea Lange, and Walker Evans. FSA supplied prints for reproduction in daily and periodical press. Photographers were given shooting scripts, did not own their negatives, and had no control over their use.

Dorothea Lange worked with a Rollei and upheld the need for the photographer to exercise control over the negatives. 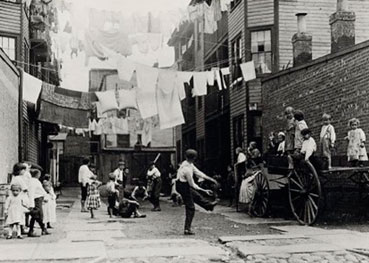 Walker Evans used an 8x10” camera and insisted on the right to realize his own particular concept of documentation.

Other New Deal efforts opened opportunities for African-American male photographers and many women.