Despite hesitation to show full extent of war’s suffering and death and despite preference for uplifting imagery, photographs made by Smith expressed compassion for the victimized, whether combatants or civilians. 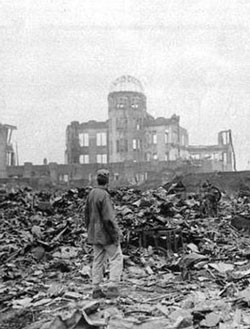 German and Japanese photos of the war emphasized feats by native soldiers and civilians. But images of aftermath of atom bombing of Nagasaki taken by Yosuke Yamahata are entirely different.

Through photographs, readers of picture weeklies became more conscious of the immensity of human resources and of varied forms of social conduct in remote places of the globe.

Mysteries of existence in the Far East were revealed by array of photographers including Werner Bischof, Rene Burri, Ernst Haas, and Henri Cartier-Bresson.

Magnum founded in 1947 by Capa, Bresson, Chim and Rodger. 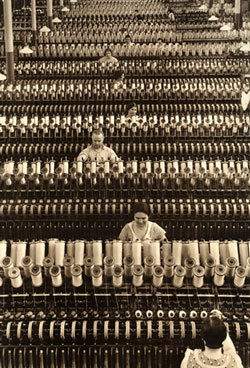 Postwar photoreporters and editors reflected popular yearning in the West for “one world.” Response to the divisiveness of war.

Editors and photographers working for periodicals pronounced that “the most important service photography can render” is to record human relations and “explain man to man” and man to himself.

Exemplified in a theme of The Family of Man, an exhibition consisting of journalistic and organized by Edward Steichen in 1955. Director of the Department of Photography at the Museum of Art in New York. Comprised of 508 photographs from 68 countries.

Celebrated the “essential oneness of mankind throughout the world.”

Toward the mid-1960s, newsmagazines went out of business being supplanted by electronic pictures-by television.

In 1967, the Fund for Concerned Photography was founded by Cornell Capa to recognize the contributions made by humanistic journalism during heyday of picture weeklies. 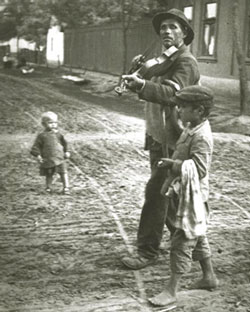