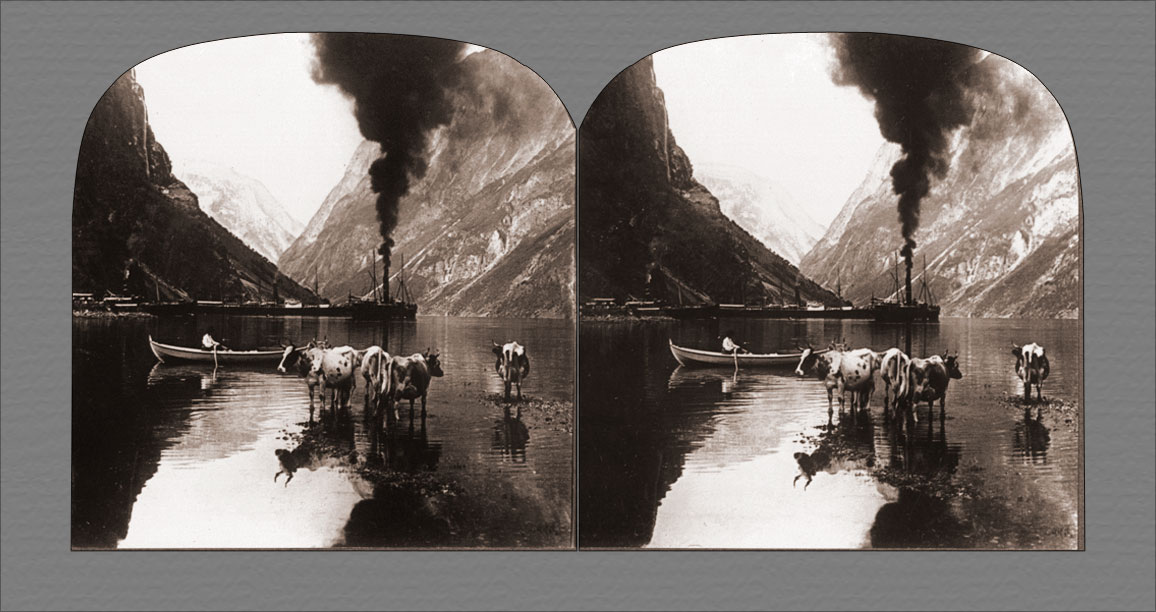 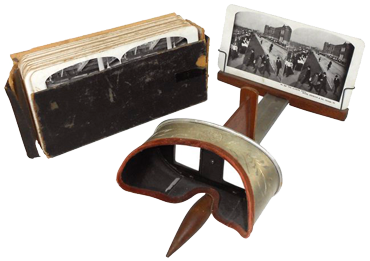 Two almost identical images side by side. Viewed through a binocular device for depth. Produced in large editions by steam-driven machinery. Promoted as education tool by Oliver Wendell Holmes who popularized stereography.

Incidental truths, missed by participants in the actual event, would be captured by the photograph. Mirrored truth. Surrogates of reality. Public turned to photos for knowledge of complex structures and occurrences. Thousands of stereographs reached mass audiences. Like television, long viewed as a pleasant pastime.

Stereographs (also know as stereograms, stereoviews and stereocards) present three-dimensional (3D) views of their subjects, enabling armchair tourists to have a “you are there” experience. Stereographs feature two photographs or printed images positioned side by side about two and half inches apart, one for the left eye and one for the right. When a viewer uses a stereoscope, a device for viewing stereographs, these two flat images are combined into a single image that gives the illusion of depth.

Large-scale manufacturing of stereograph by Weller and Melender before 1890. Considered popular entertainment and the forerunner of situation comedies and TV dramas. Opinion in US, said no parlor was without a stereoscope. Another popular subject was the “spirit” image, dealing with some aspect of the supernatural.