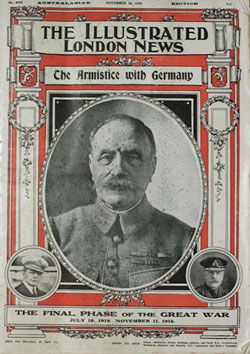 Magazines became the prime vehicle for picture essays. Interplay of information, attitudes, and effects revolutionized the role of photographer, nature of the image, and the manner in which the public received news and ideas.

Weekly magazines provided readership with informative and entertaining articles on political matters, cultural and sporting events, and issues of social concern. Recognized the importance of the camera as a means of illustration. 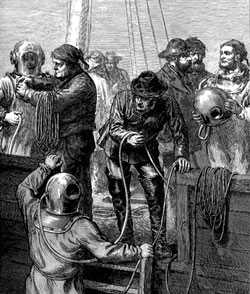 Engravings and lithographs based on photographs had enlivened magazines since the mid-1850s. But with halftone screen printing techniques in the 1890s, the photograph no longer had to be redrawn or restructured by an artist to be usable in newspapers and magazines.

Soon after 1890, periodicals began to pay more attention to page layouts to incorporate pictures and text. Pictures arranged in overlapping patterns, different shapes and sizes. Feature stories consisting of just photographs and captions made an appearance.

Poor quality of newsprint prevented the news dailies from adopting photography as wholeheartedly as the weekly journals did. Used crisply reproduced handmade drawing. 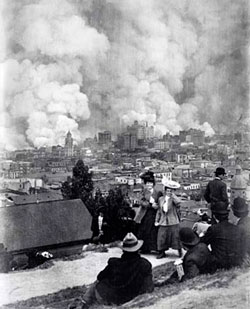 The Great Earthquake of San Francisco in 1906. Arnold Genthe.

Arnold Genthe captured photos during the 1906 San Francisco earthquake and fire. Borrowed a camera while his own studio and equipment burned and had photos reproduced in the San Francisco Examiner.

Competition for readers of weekly periodicals prompted editors to feature stories of national concern, war and insurrections were prominent. Reporters and photographers armed with field and hand cameras were dispatched to battlefields around the world.

Horace Nicholls covered the Boer War for the British press, intending to make “truthful images” that would “appeal to the artistic sense of the most fastidious.

Verism (the artistic preference of contemporary everyday subject matter instead of the heroic or legendary in art and literature) was primary aim of most news photographers.

Hare (English-born camera designer who migrated to the United States in 1889, sent by Collier’s Weekly to cover the Spanish-American War) and later Russo-Japanese War.

Collier’s increased circulation and advertising, and prompted other magazines to use photographs more generously. 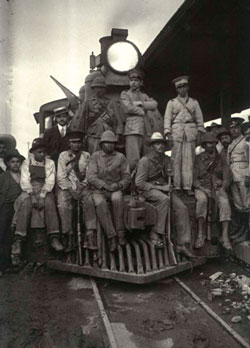 Agustin Victor Casasola thought of himself as a photojournalist and photographed conflicts in the Americas around 1900 including Mexican revolution with a view camera and tripod.

War images continued to be a staple of photoreportage. During WWI civilian photographers found it difficult to cover the action due to strict censorship directed against all civilian cameramen.

Hare complained that “to so much as make a snapshot without official permission in writing means arrest.”